It’s as much for his gifted storytelling as for his prowess in the traditional art of heavy horse ploughing that County Durham’s Jim Elliot is a legend. 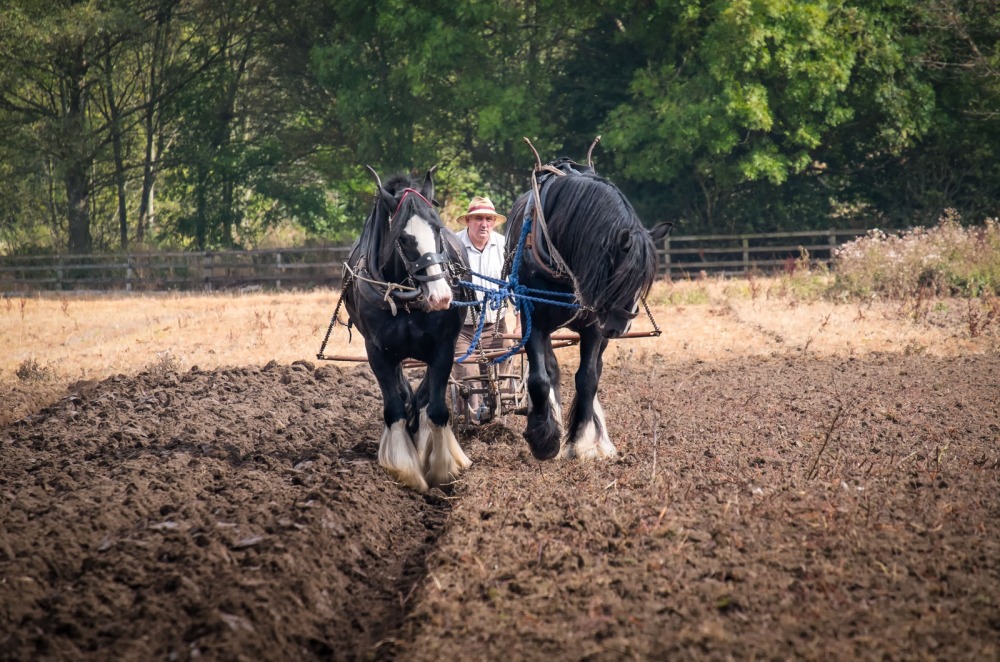 In his soft Cumbrian accent he regales you with stories of rivalries and skulduggery from his world of heavy horsemanship and competitive ploughing with a glint in his eye and a wicked sense of humour. 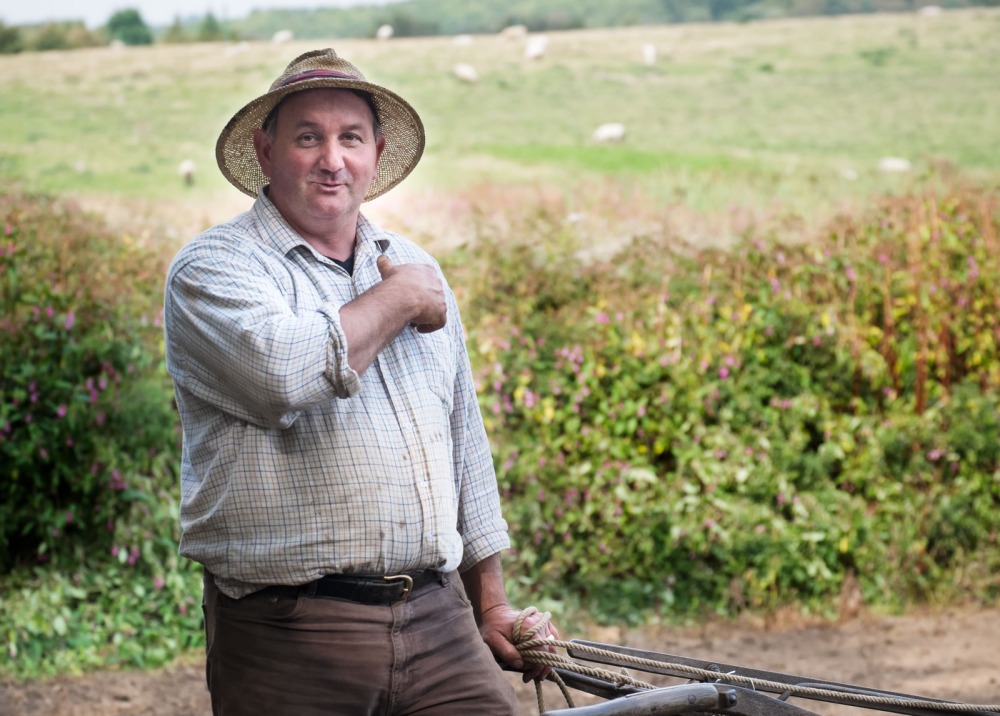 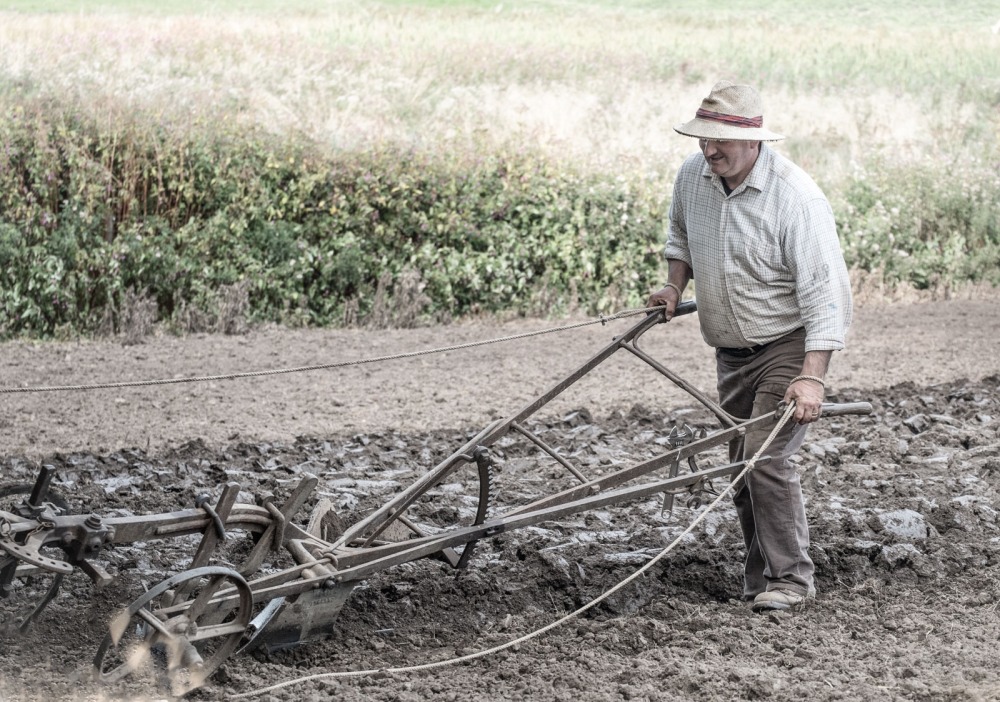 The undisputed master, having won countless championships both in Britain and abroad, he has now all but retired from the competition circuit. He has however been known to put in the odd surprise appearance when young pretenders starts getting too cocky and vocal about their superior abilities in the field, enjoying a wry smile as he quietly reasserts his rightful position. 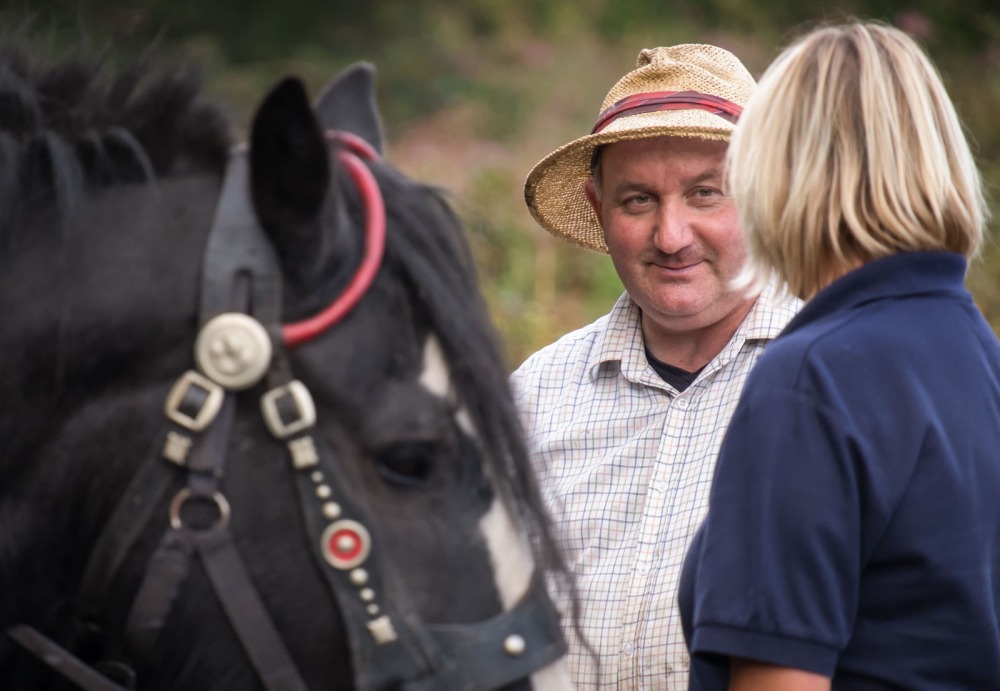 Time slows down to the pace of a bygone era in the company of Jim as he unhurriedly and meticulously ploughs each furrow, gently guiding and coaxing his beloved horses with a constant stream of softly spoken instructions. The pride in his work is plain to see as he casts a critical eye back along each furrow that he’s freshly ploughed carefully checking the line and quality of each one.

Such is his infectious enthusiasm and passion for his subject, as he explains the technicalities of the process, or the workings of his ploughs, that you wonder why you’d never worried before about the shininess of your ridges or the uniformity of your furrows. 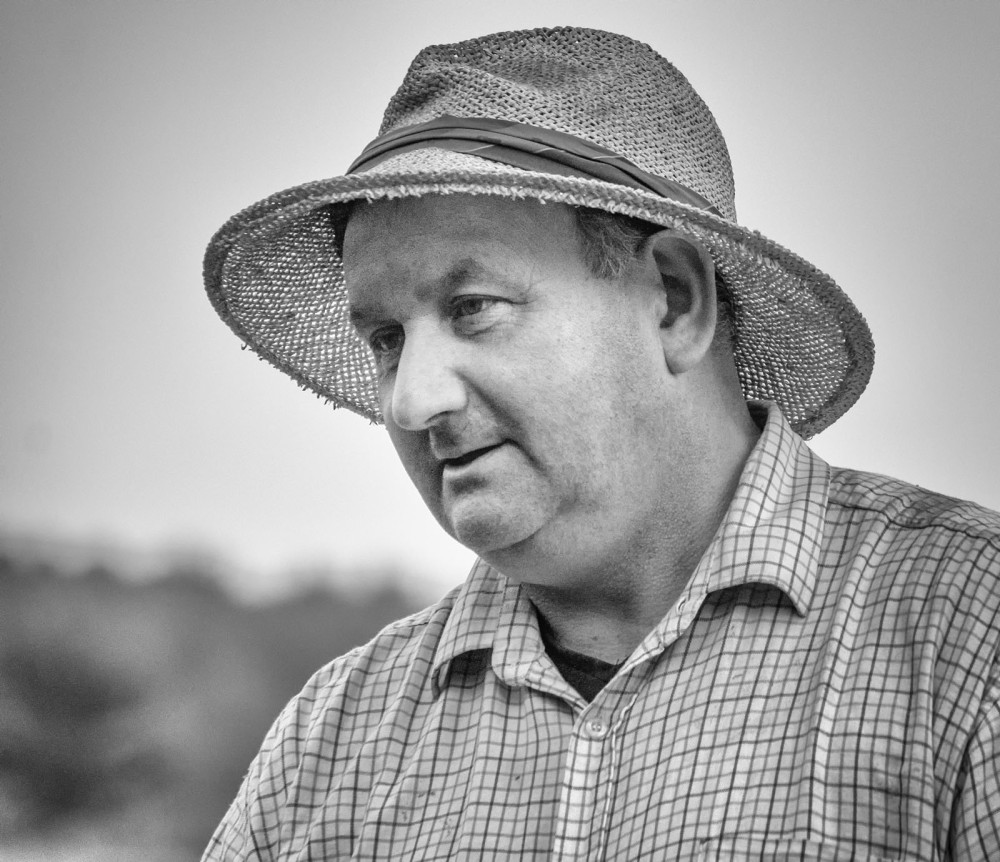 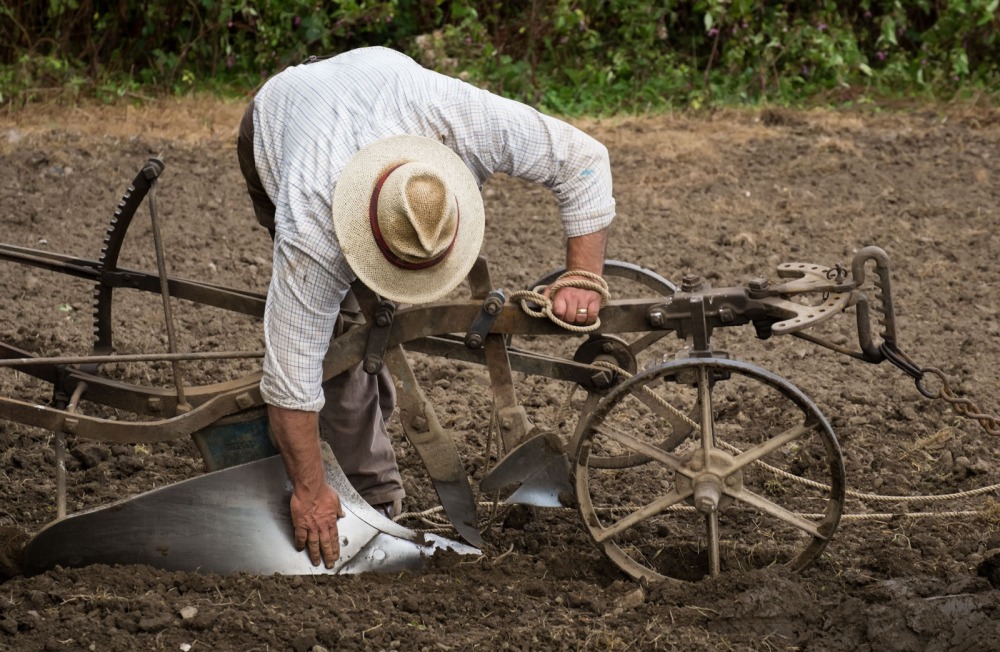 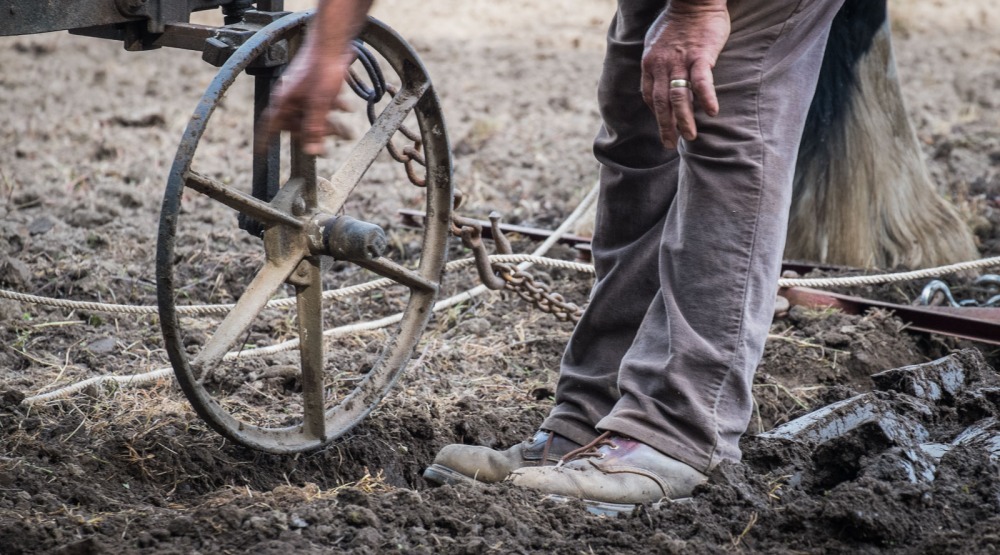 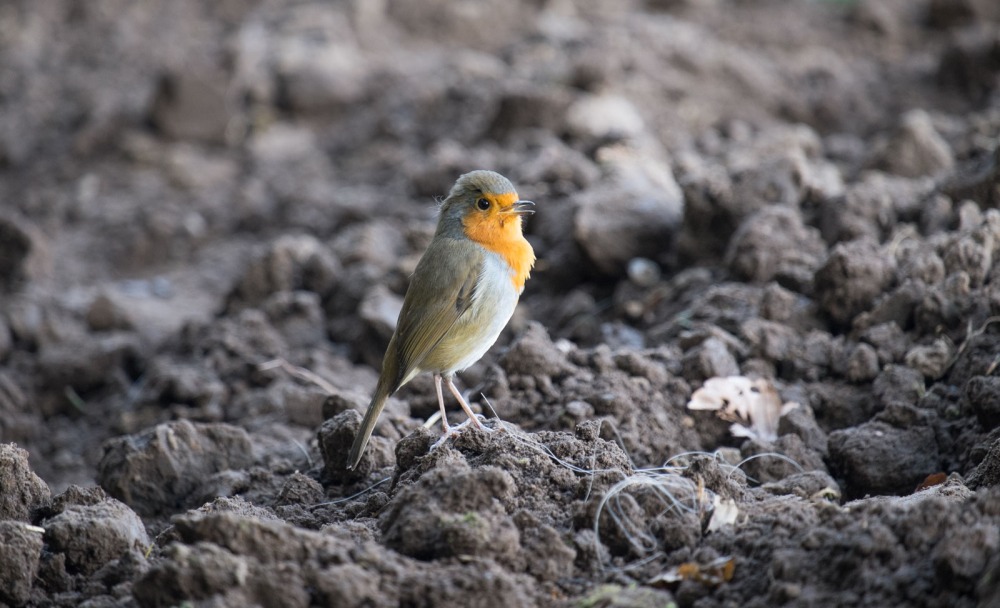 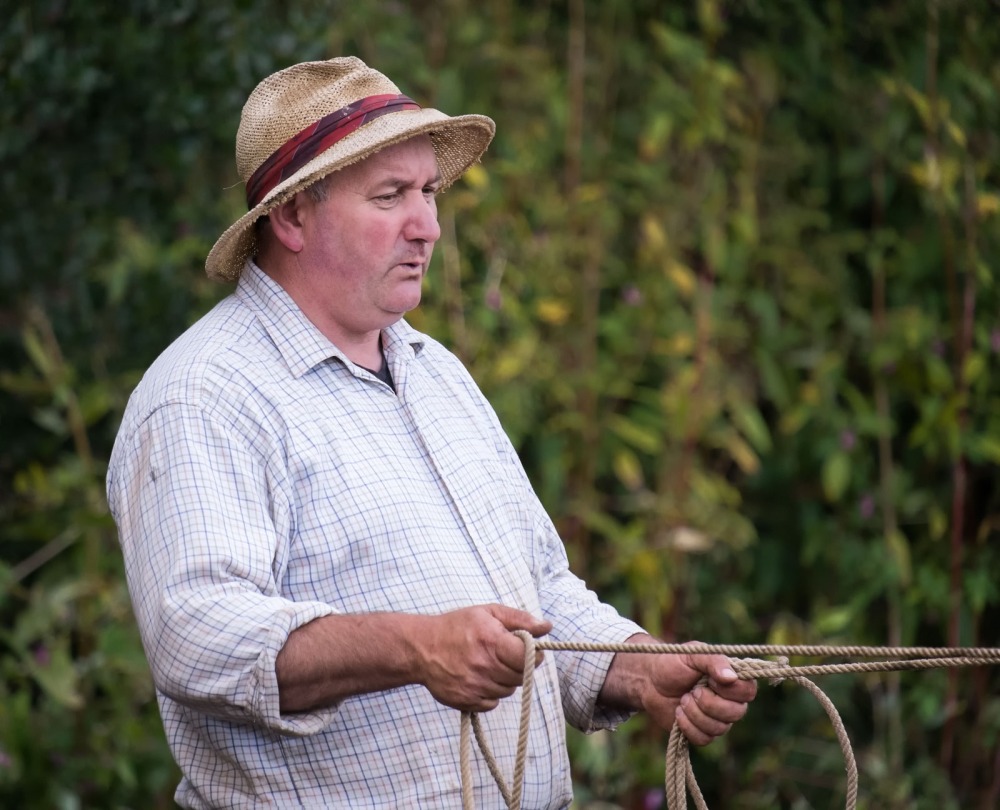 Always keen to pass on his skills and preserve an age-old art, he is a generous teacher and will patiently walk up and down the field encouraging and entertaining his protégés. 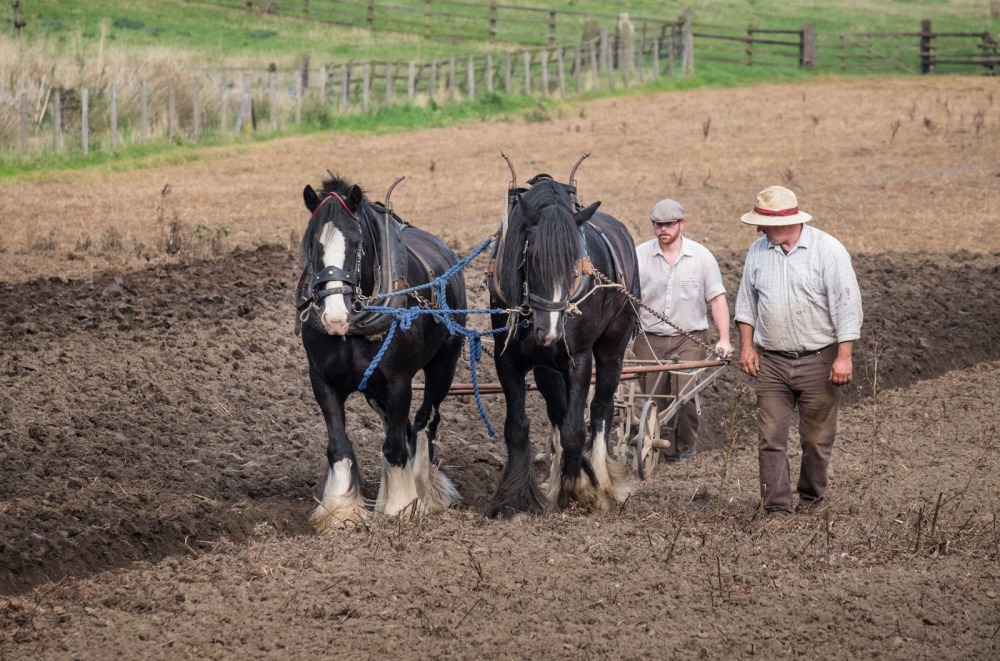 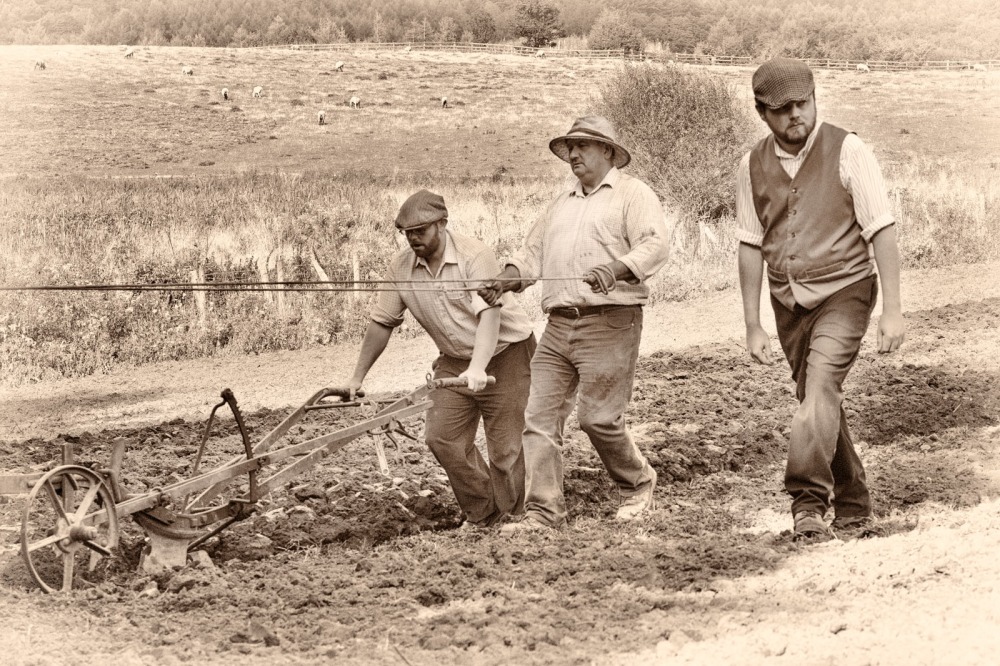 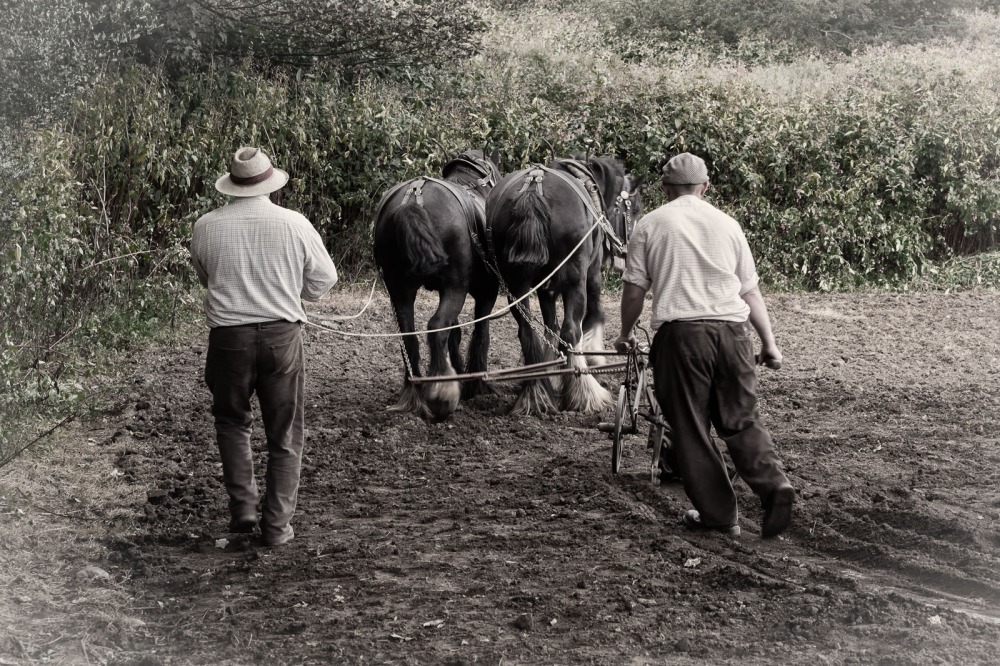 A gentle giant, he has a clear affinity with his horses, understanding their individual characters and quirky foibles, and his stories are interspersed with tales of the times he’s taken on horses that others had given up on, calmly persisting until he wins them round.

It’s not just the ploughing with horses that make you think you’ve stepped back in time, but the refreshing experience of being out in the fresh air, not a screen in sight, with a man who works the soil, relates to his animals, and still makes time to sit on his plough with a twinkle in his eye and tell a good old shaggy dog story.