Phongsali province is in the far north of Laos, wedged between Yunnan Province in China and Vietnam, and the heavy Chinese influence is clearly evident as you wander the lanes of the Old Quarter of Phongsali town admiring the squat houses with their wooden façades. 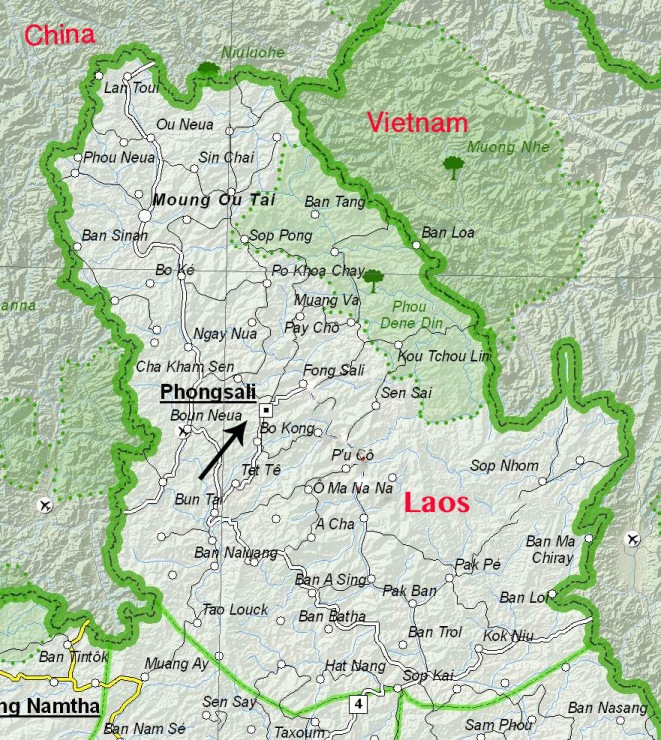 Luckily, the town didn’t get bombed in the Vietnamese war, so many of the old buildings are preserved. People from many ethnic groups converge on Phongsali, but most belong to either Phu Noi of Tibeto -Burmese origin, or to Haw Chinese, otherwise known as Jiin Haw, descendants of Yunnanese traders and migrants. 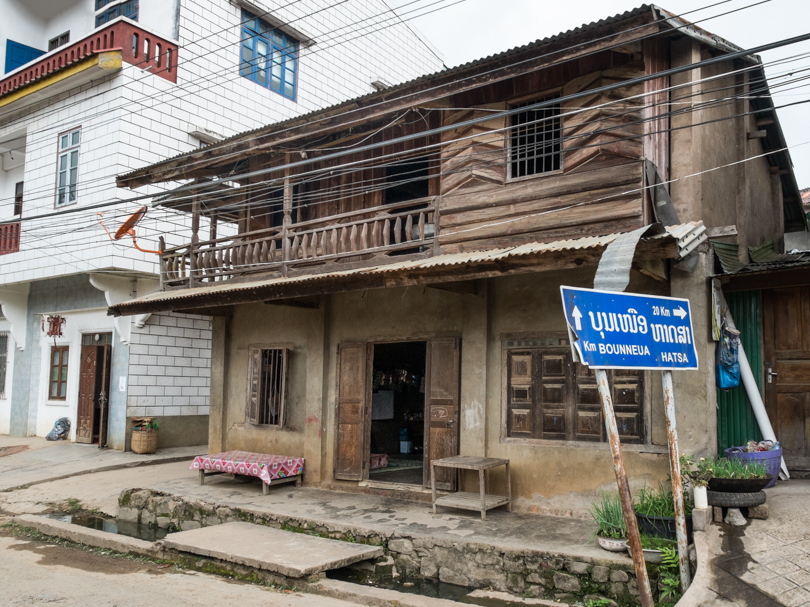 Phongsali isn’t easy to reach and isn’t a touristy town, in fact I didn’t bump into anyone other than locals when I went for my early morning mooch, and there didn’t even seem to be that many locals, but then I spotted a Jiin Haw lady sitting in her doorway. 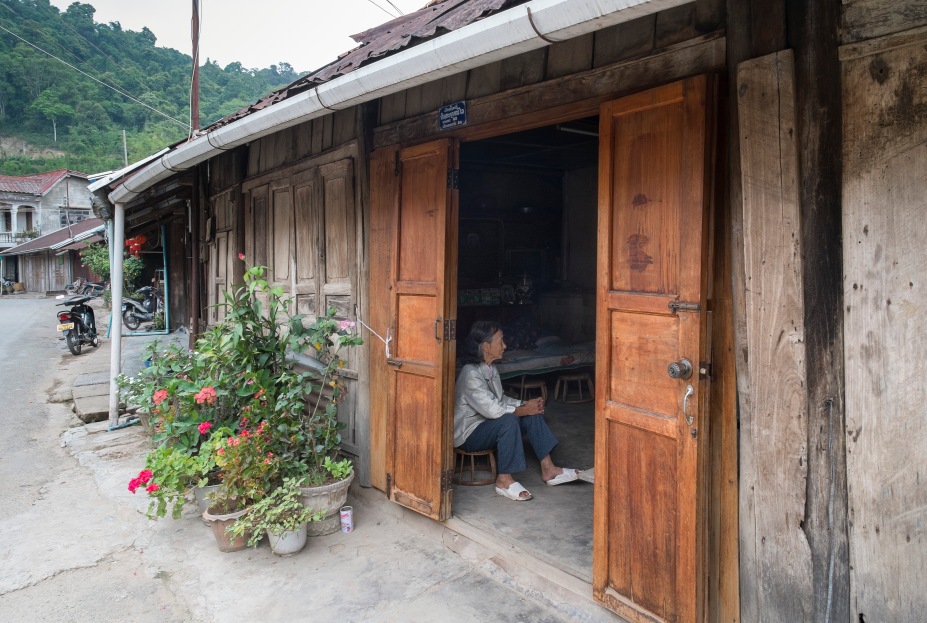 She was elegantly dressed, wearing a tailored jacket that looked to be made of raw silk and she had an air of serenity. I stopped to say good morning and found out she was 80 years old. I would have loved to find out more about her, but my language was limited so after exhausting my vocabulary, which didn’t take long, I indicated that I’d like to take a photo of her. At first she was a bit hesitant, saying she was no longer beautiful, but after a little gentle coaxing she agreed.

We looked at the image together on the back of the camera and hopefully I managed to communicate what I truly thought, that she certainly was still really beautiful, especially her eyes which looked very kind. I then took one more photo and this time her face changed, she seemed to blossom and radiate, and I’d like to think that some part of her believed in what I’d just told her.

Photos ©Clare Rowntree – Please do not reproduce without consent