Among the Hmong in Meo Vac

It’s a funny and rather confusing mixture of contradictions in Meo Vac in Ha Giang Province, N.E Vietnam. The landscape is impressive but mad; huge rocky limestone karsts rising out of the mountains, rocks strewn all over the hillsides, and winding mountain roads reaching up into the low clouds, all of which would conspire to make it rather bleak and foreboding were it not for one other very important ingredient in the mix. 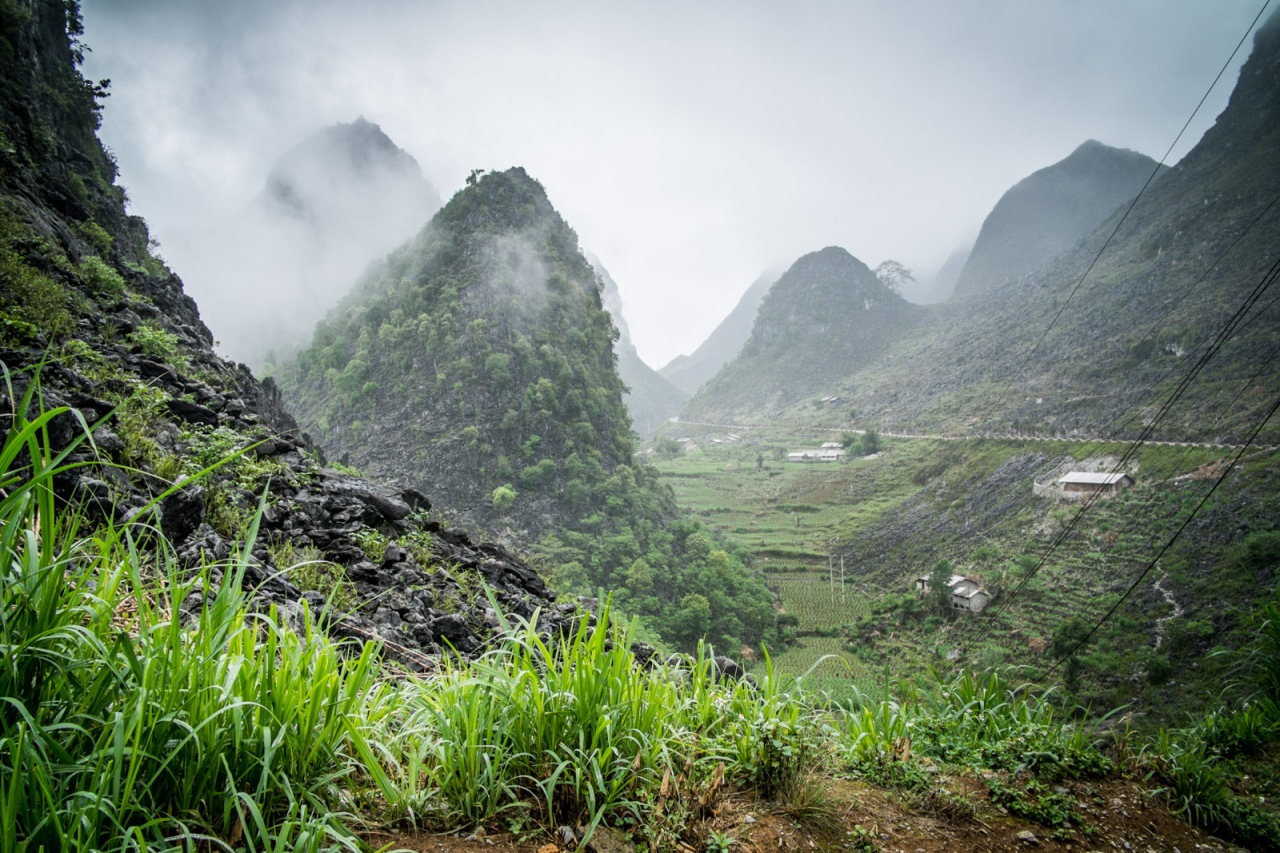 Everywhere you look, people seem to pop up from behind the rocks smiling. 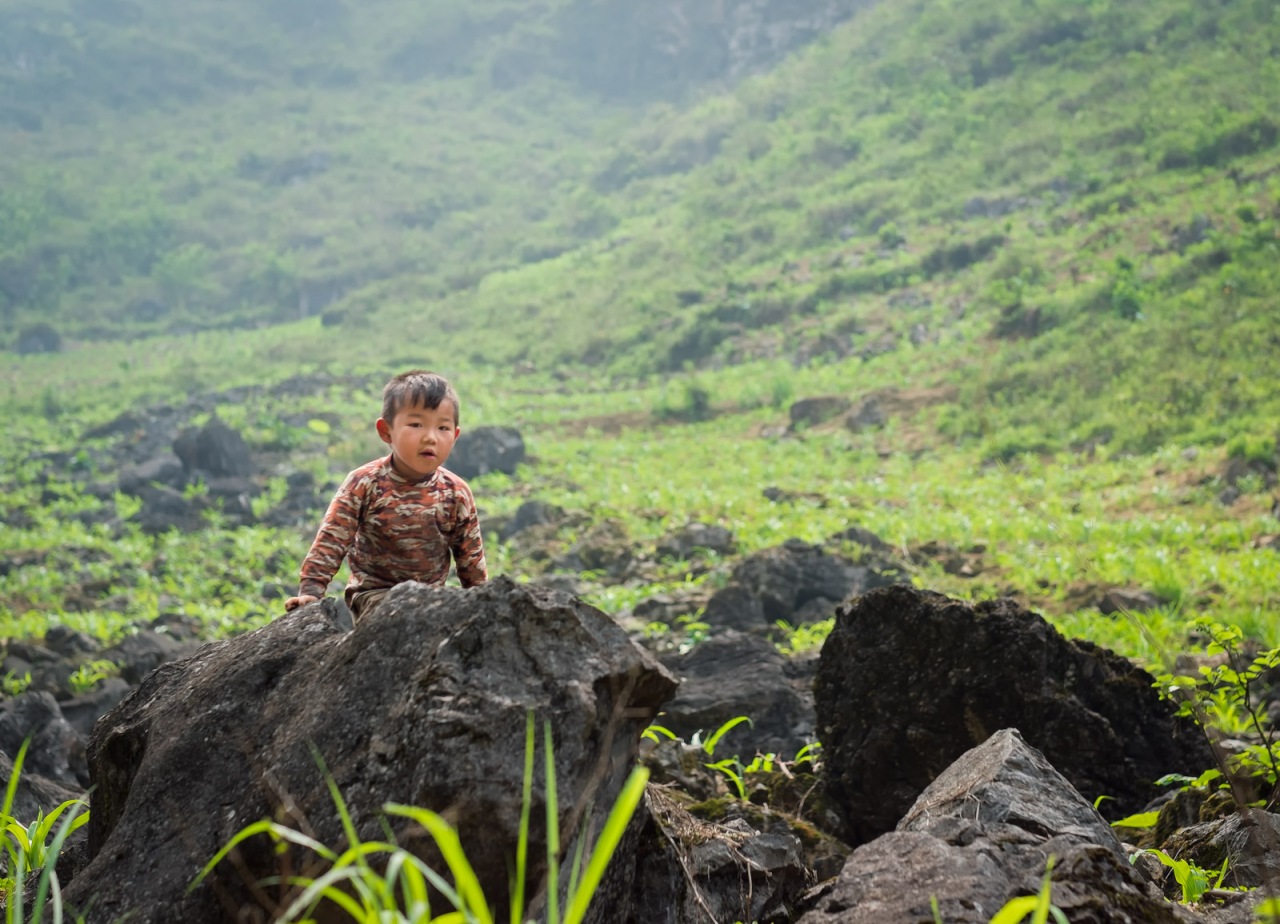 Meo Vac is home to the green Hmong ethnic minority group of people, known for their hard work and tenacity. It’s quite incredible to see how they have manage to survive in the harsh terrain and often inclement weather, every inch of spare soil being planted with corn or manyon, just about the only crops which will grow up there. 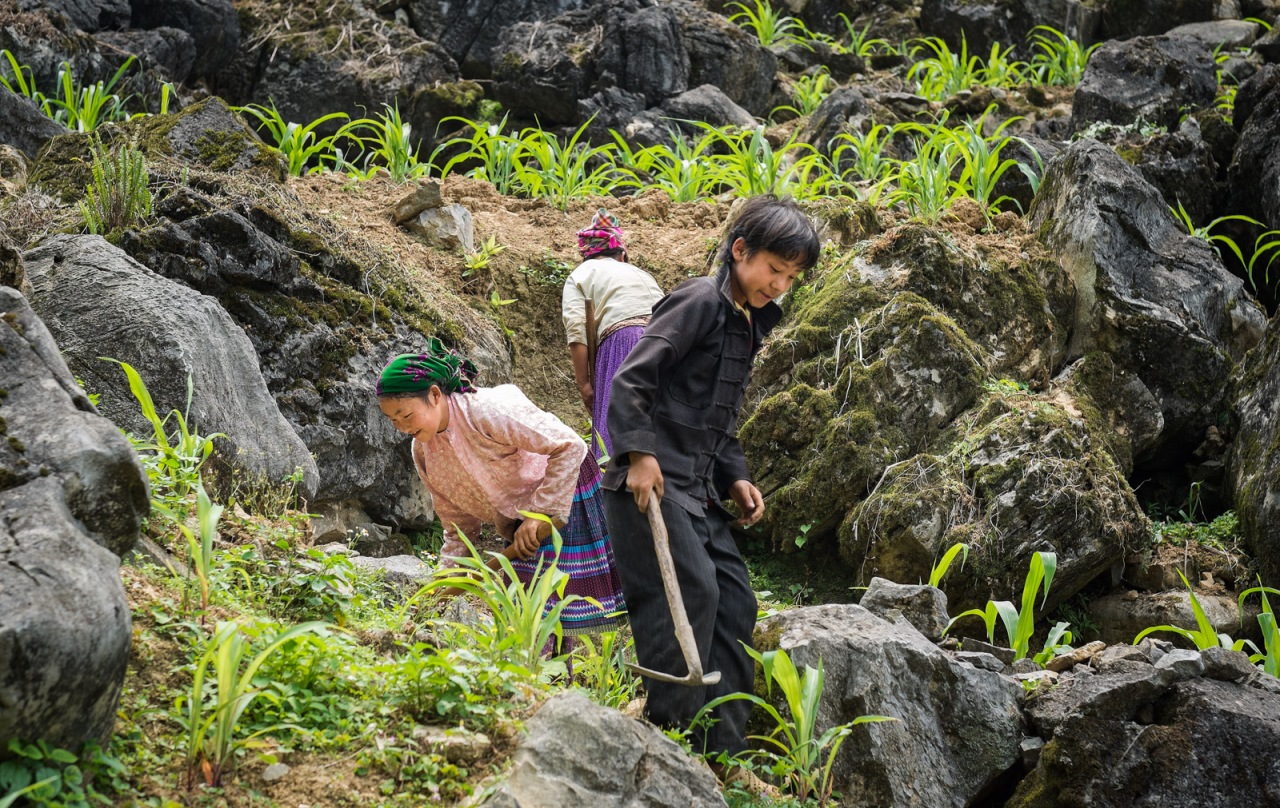 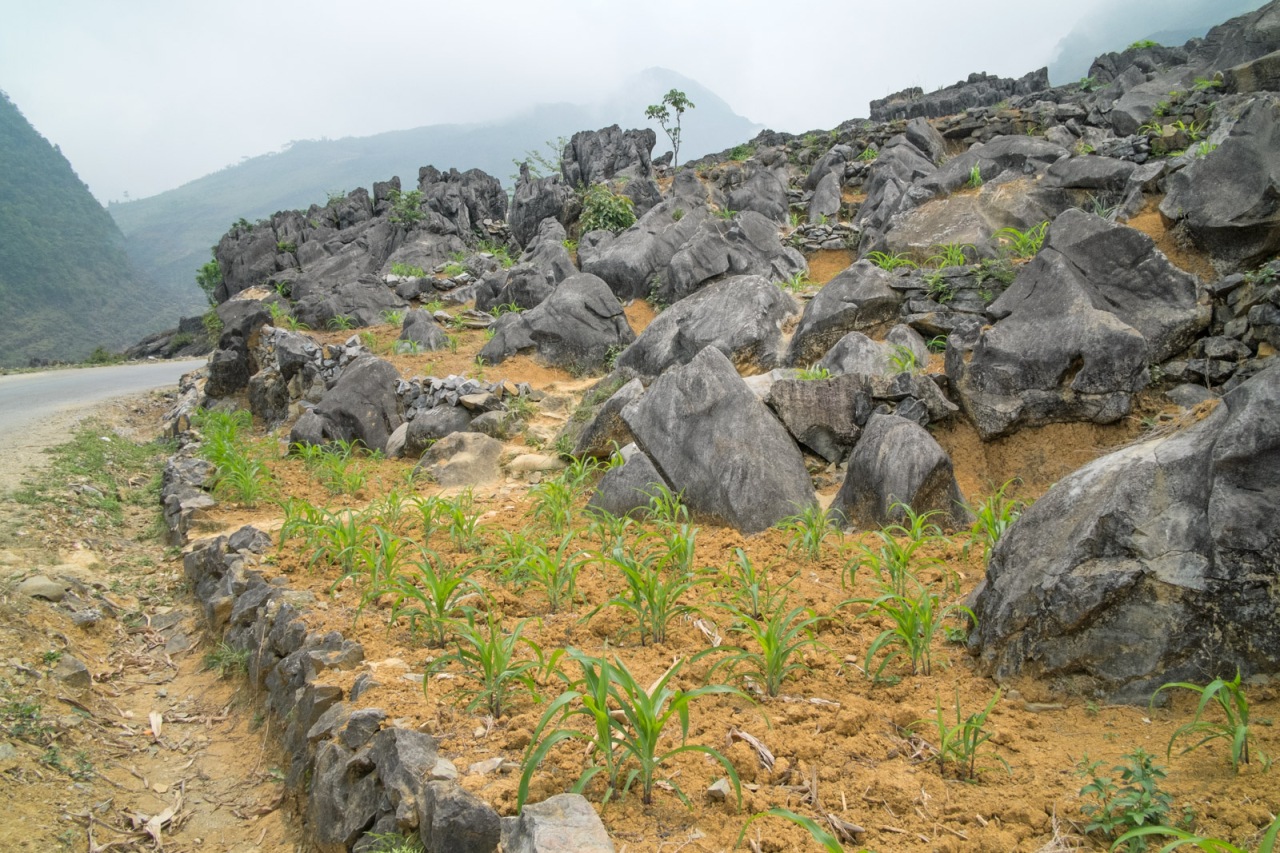 Even more impressive is how they do it all with such optimism and cheerfulness, working the land to carve out their hand to mouth survival. 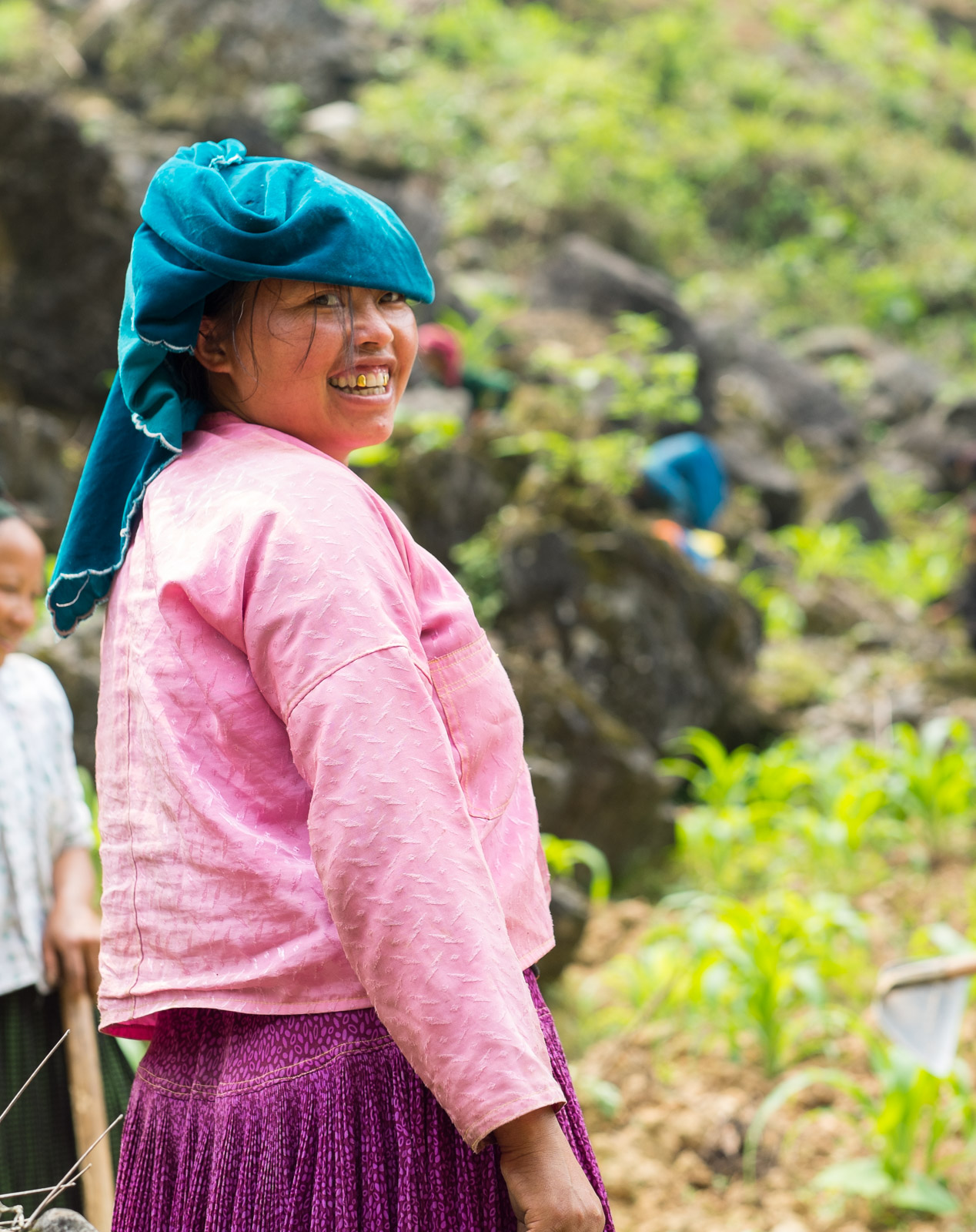 The spartan landscape is brought to life by groups of brightly coloured Hmong women laughing and chattering together, all age groups from the old to the youngest children joining in or playing nearby, though the men were often notably absent, being more concerned with men’s work like drinking rice wine. 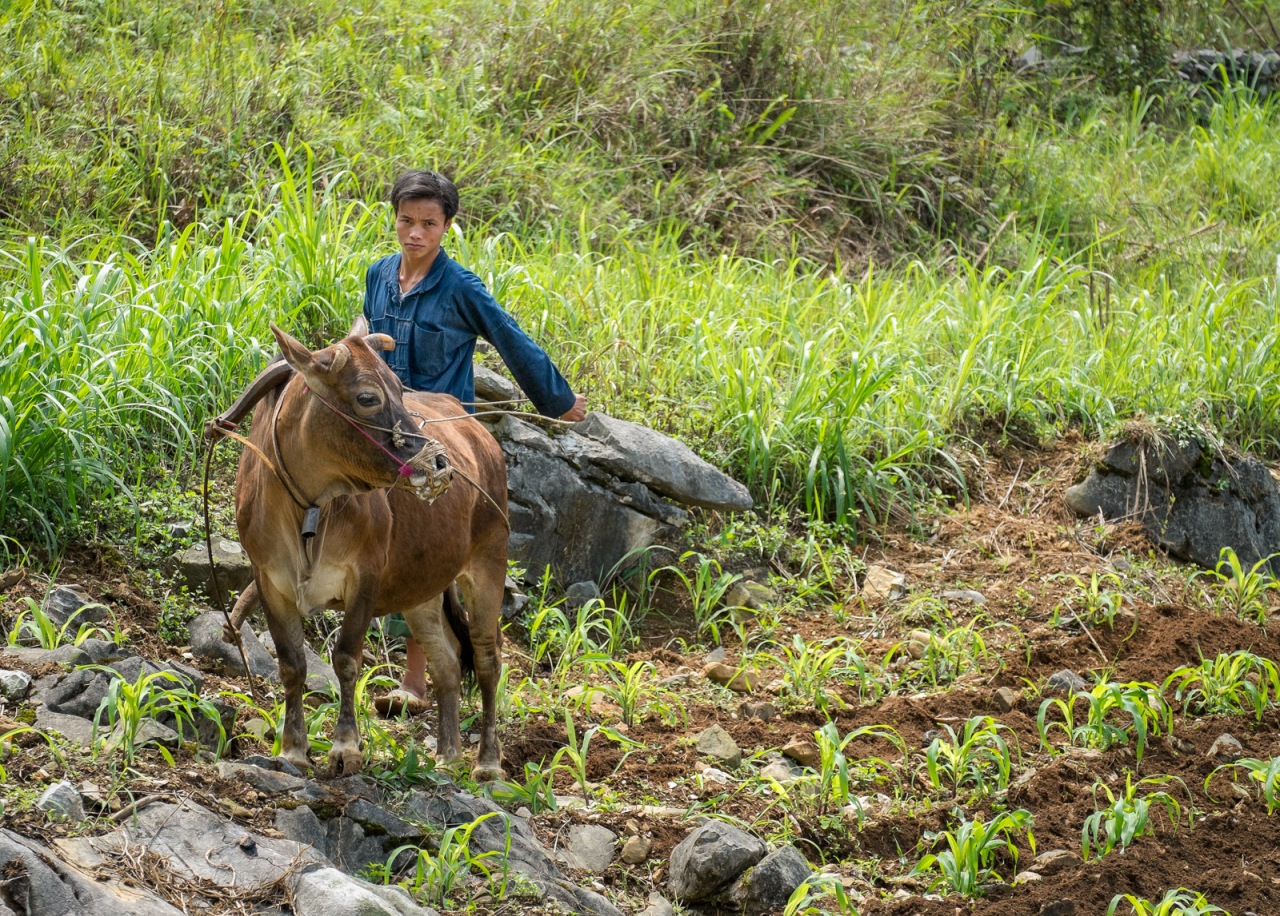 Ok – this one was helping!

We came across a group cultivating their corn, and went to meet them. They are quite shy people, but luckily my guide, Chô is also Hmong. Having grown up in the area, he knew how to work the land, and so much to their amusement, gave them a hand for a while as he chatted to them, which gave me a chance to take some photos before they came down to the roadside for a break. 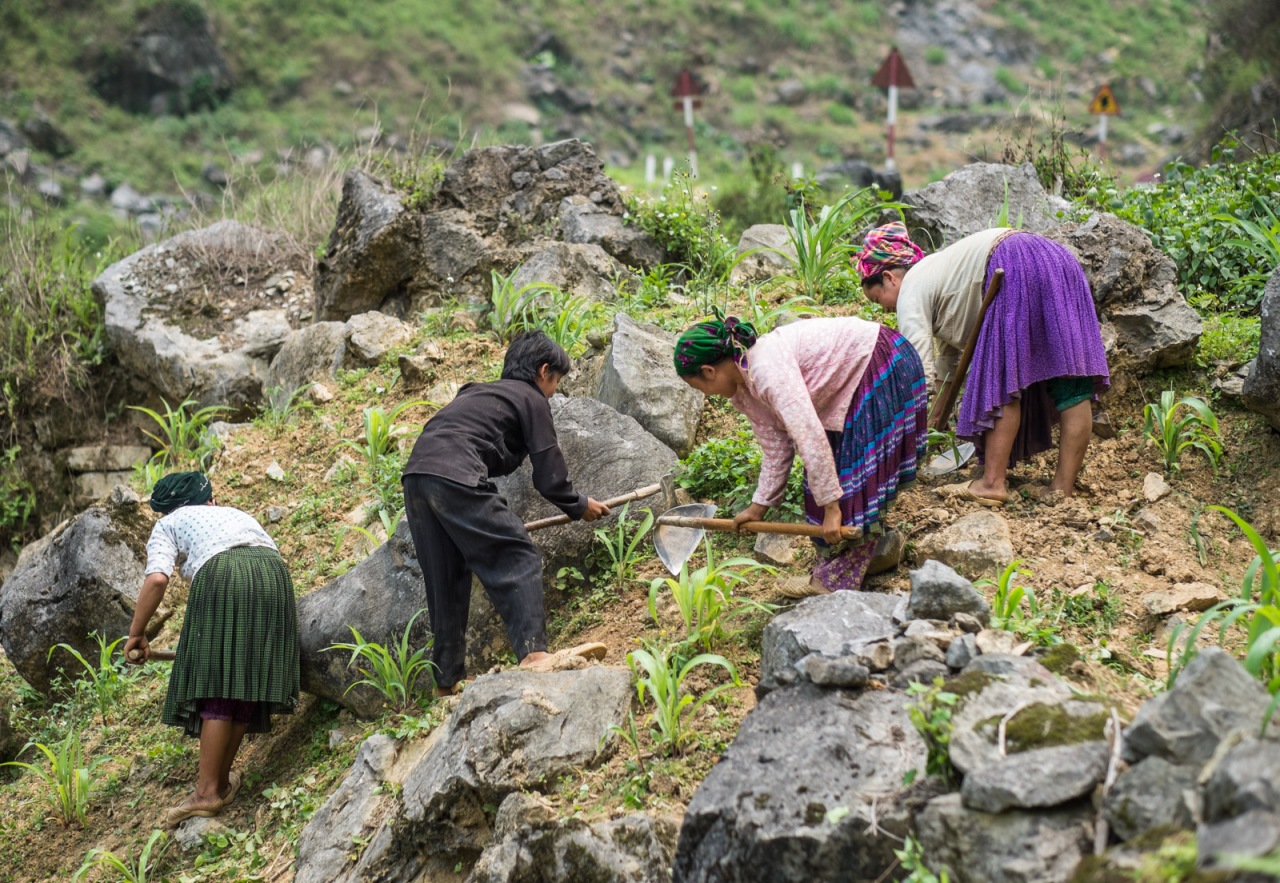 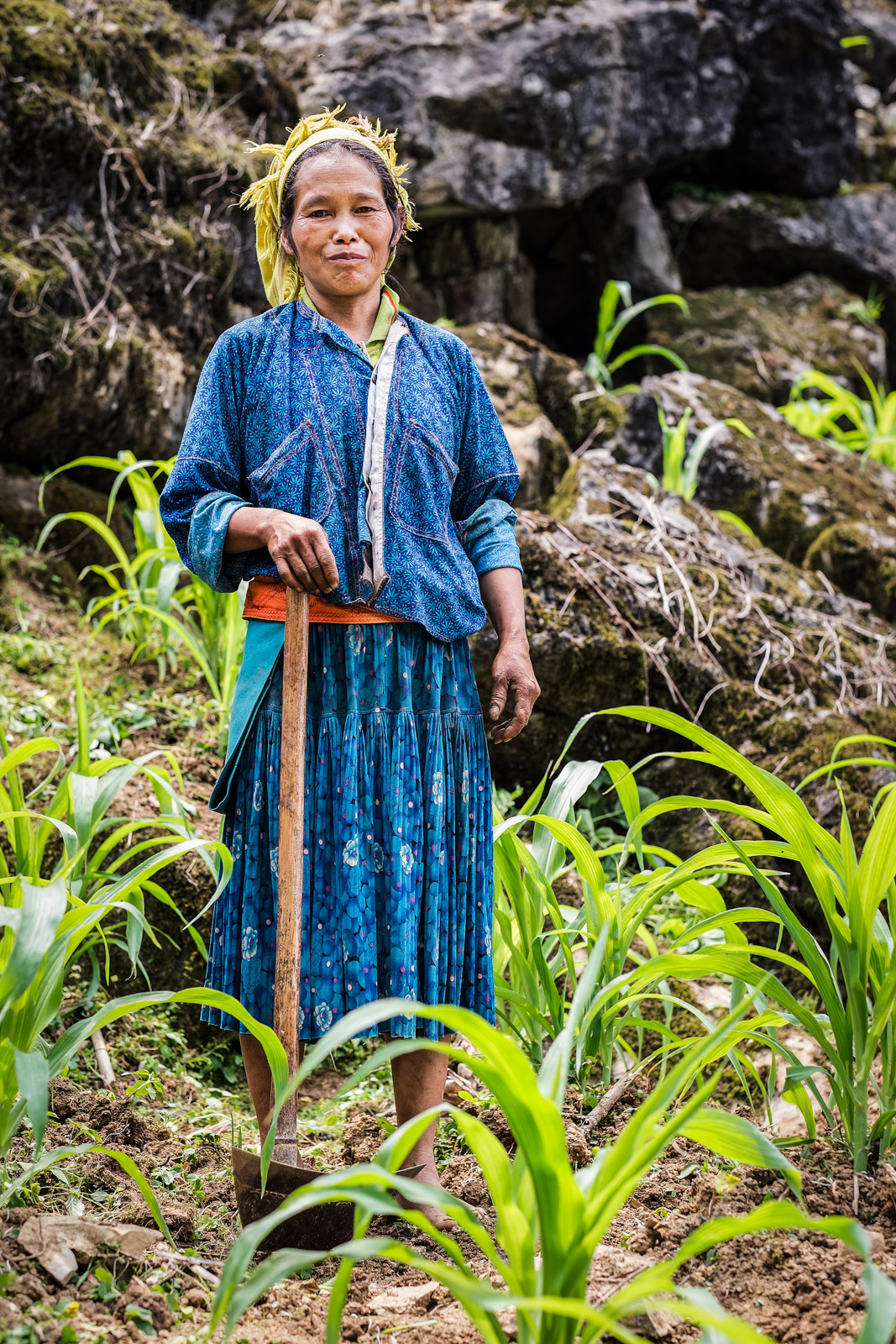 Knowing that the people living up in these mountains struggled to make ends meet, we’d stopped off in the town on the way up to the area to buy some supplies for them. Chô had advised us to bring some of the sports shorts that all the boys wore, so with his negotiation skills we’d bought a job lot and gave some out to our new friends before moving on. 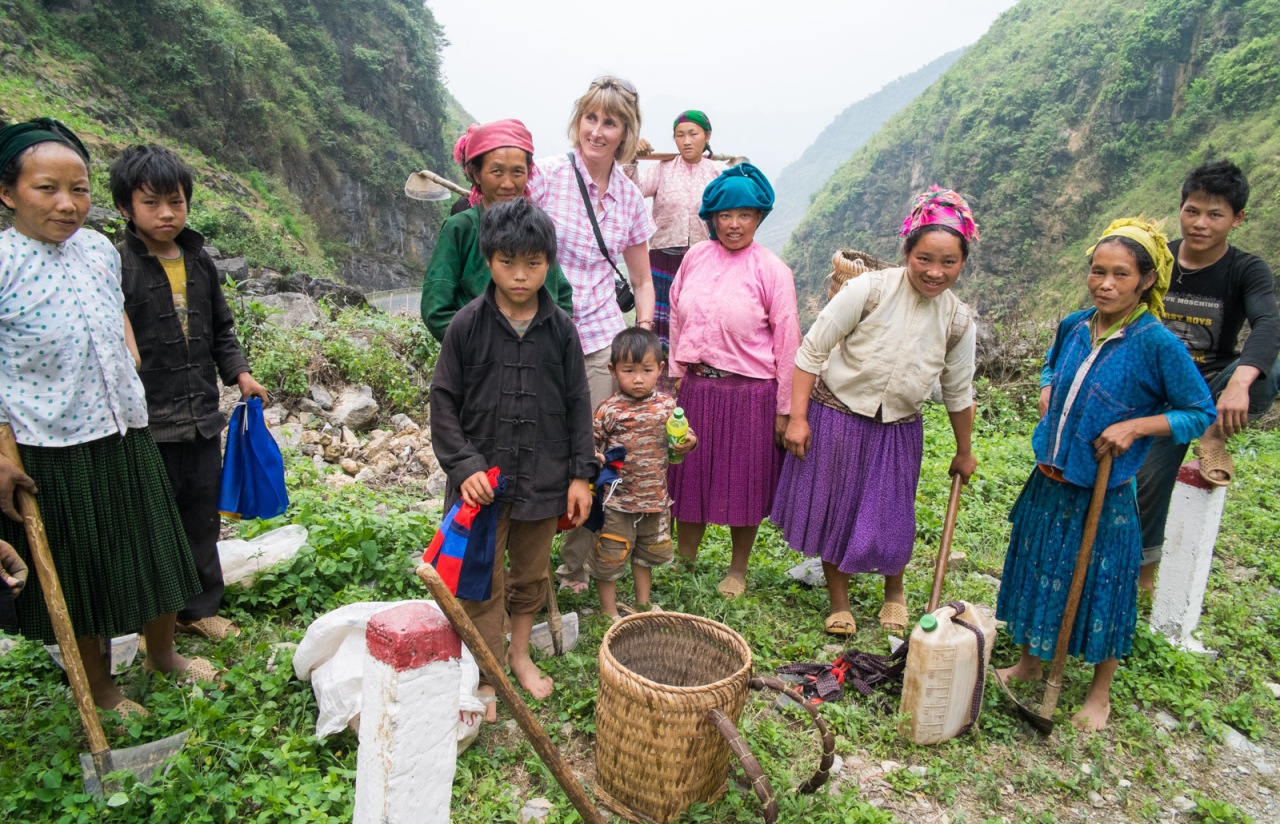 A bit further on we came across a small boy sitting by the side of the road, playing with the stones. 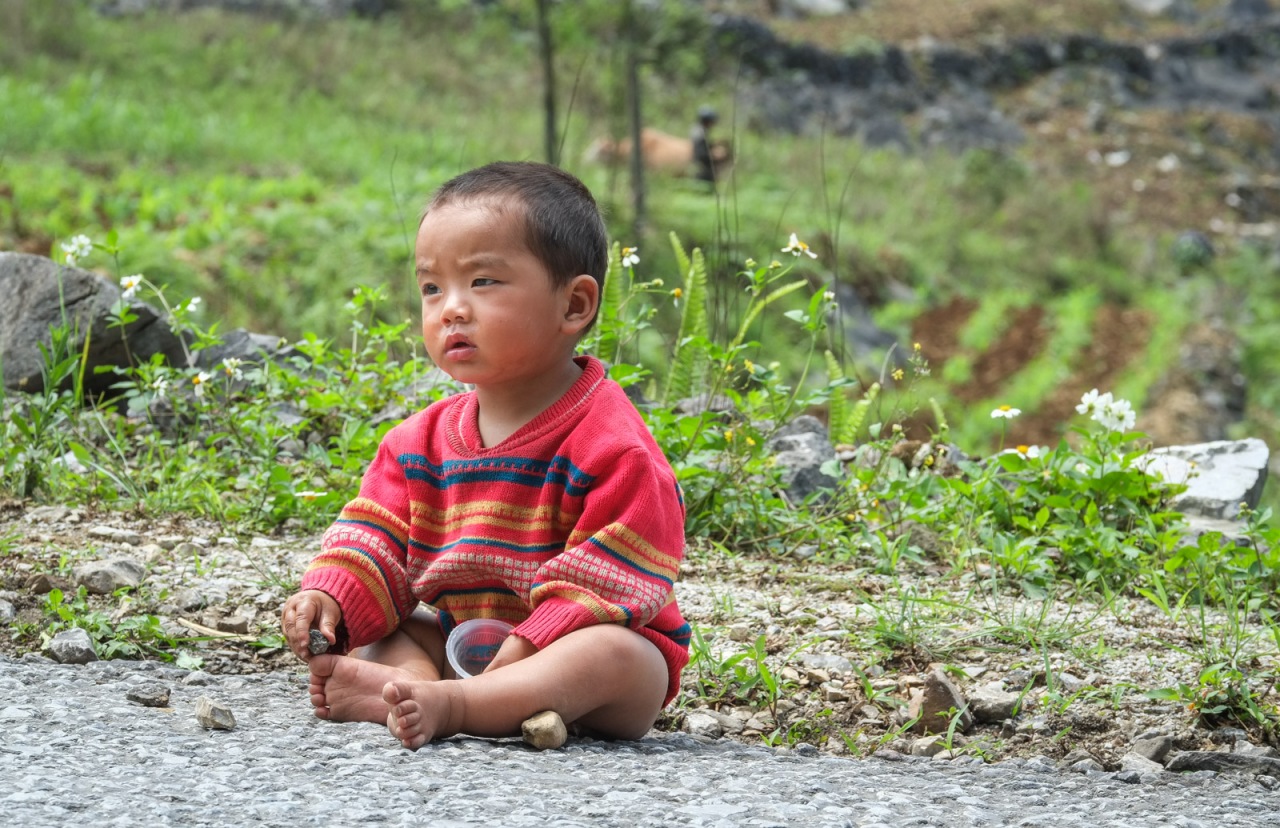 You don’t see many cars on the road up there, but enough to make the sight of a baby alone in the road a little scary to the Western eye, soft as we are. I needn’t have worried though, big sister wasn’t far away and seeing that we had stopped, came along to scoop him up. 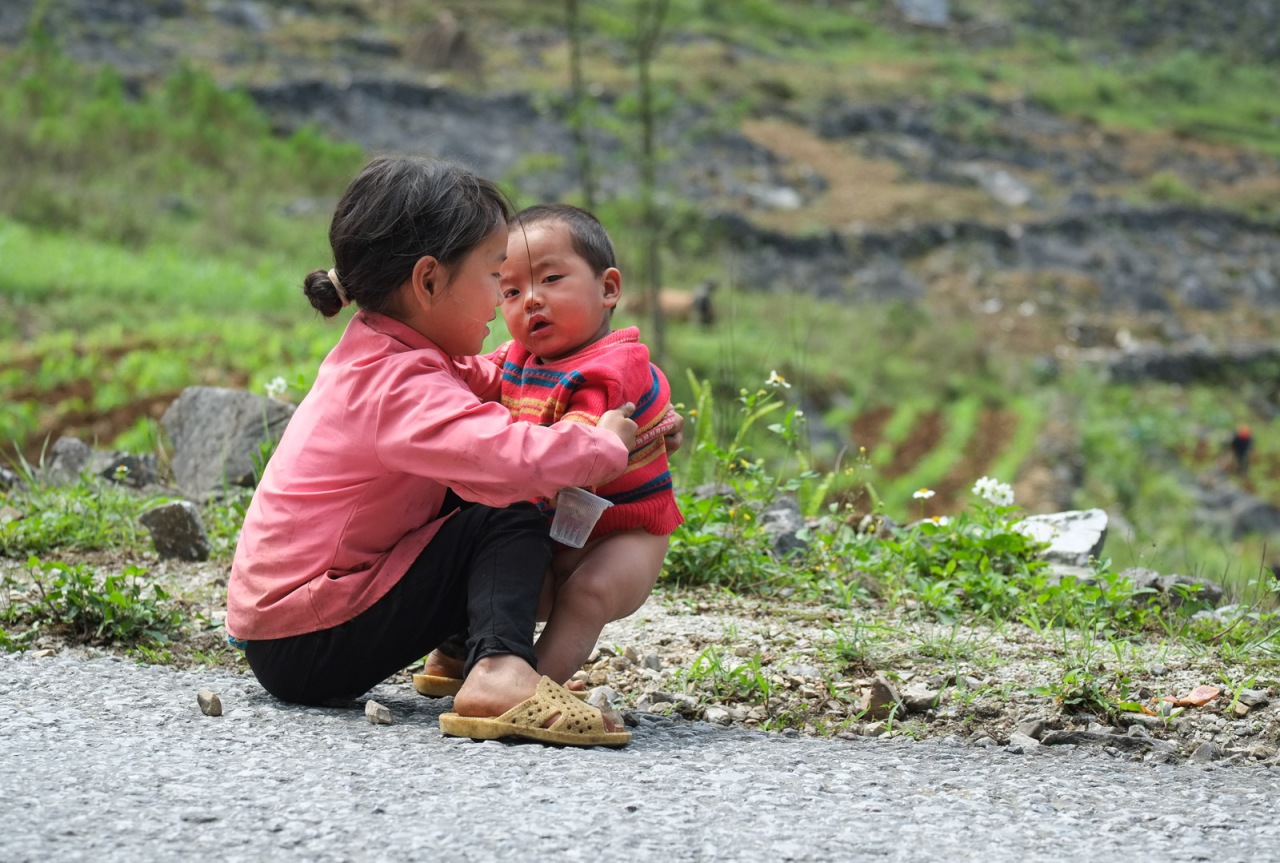 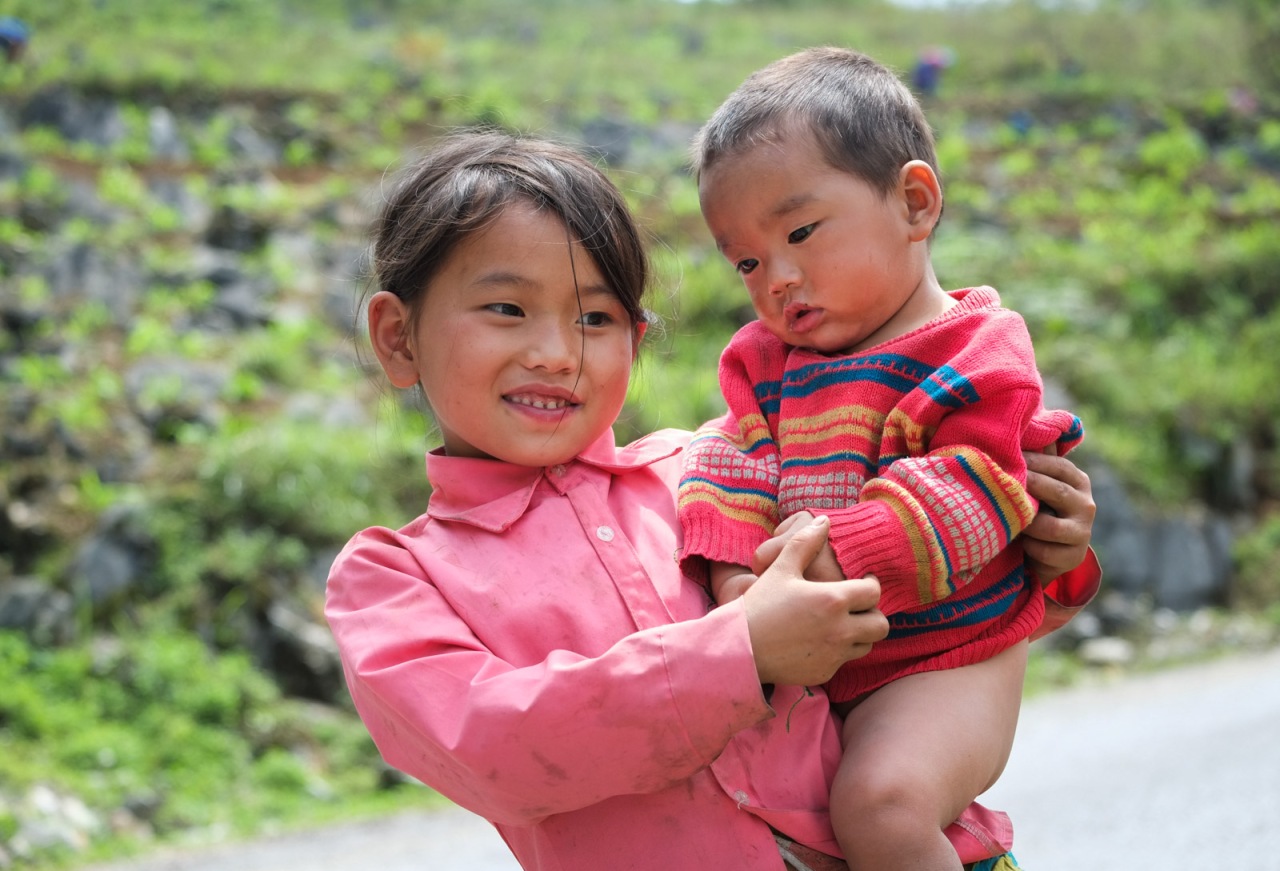 His mum was working in the field below, in bare feet, ploughing the stony land with a wooden plough, pulled by a somewhat disinterested cow. 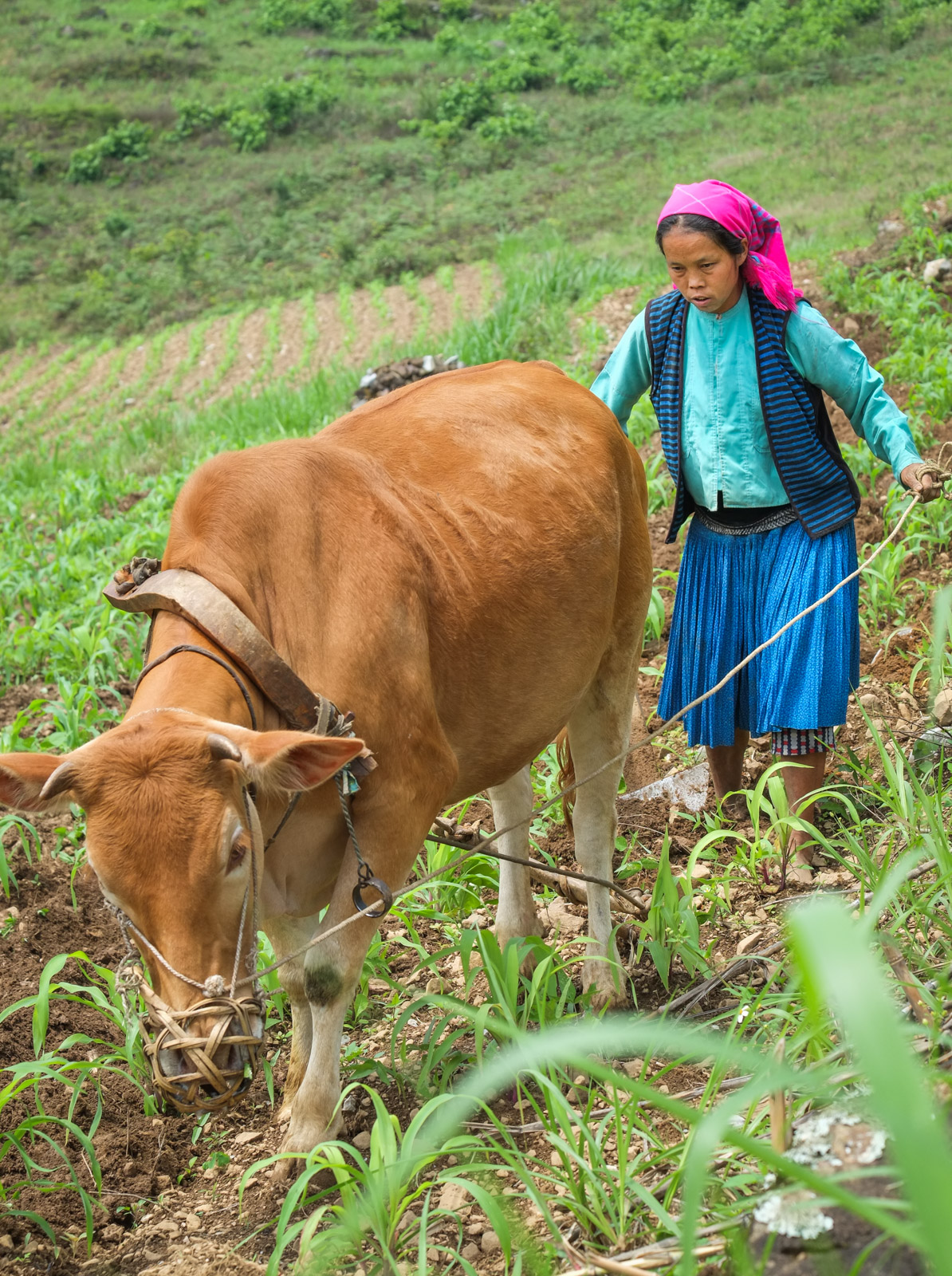 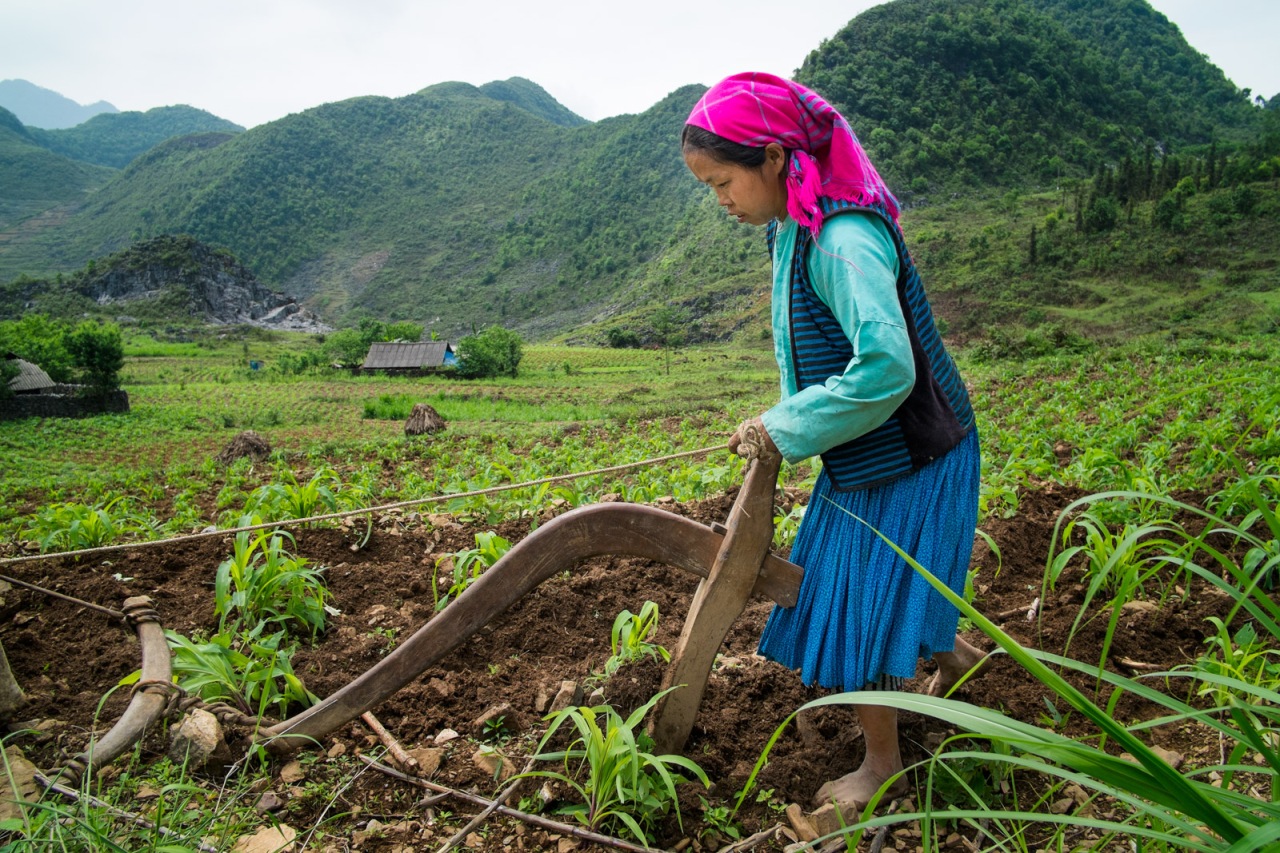 It wasn’t long before Chô found himself hoeing another field of corn and making some more friends. 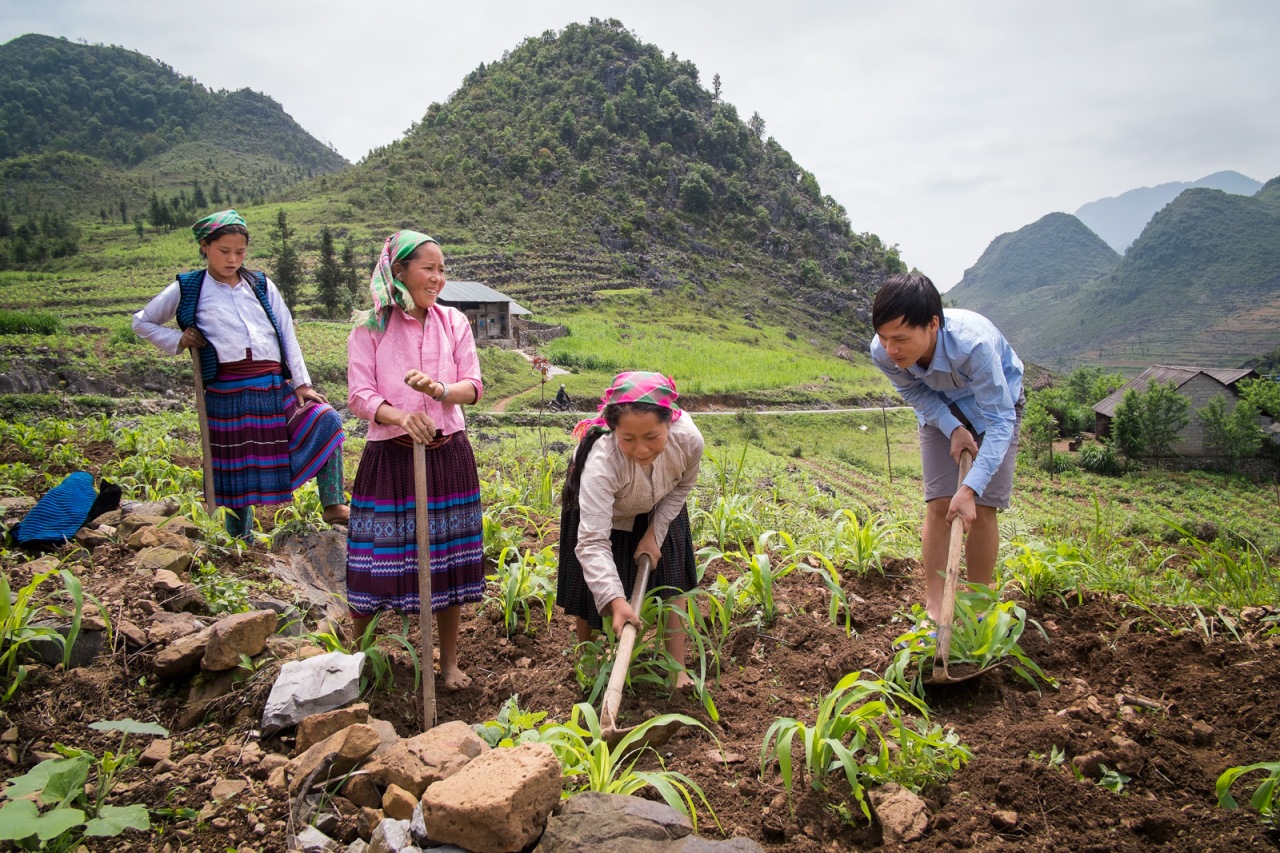 These young girls were even more shy, but with Chô working his charm I managed to get one or two shots. 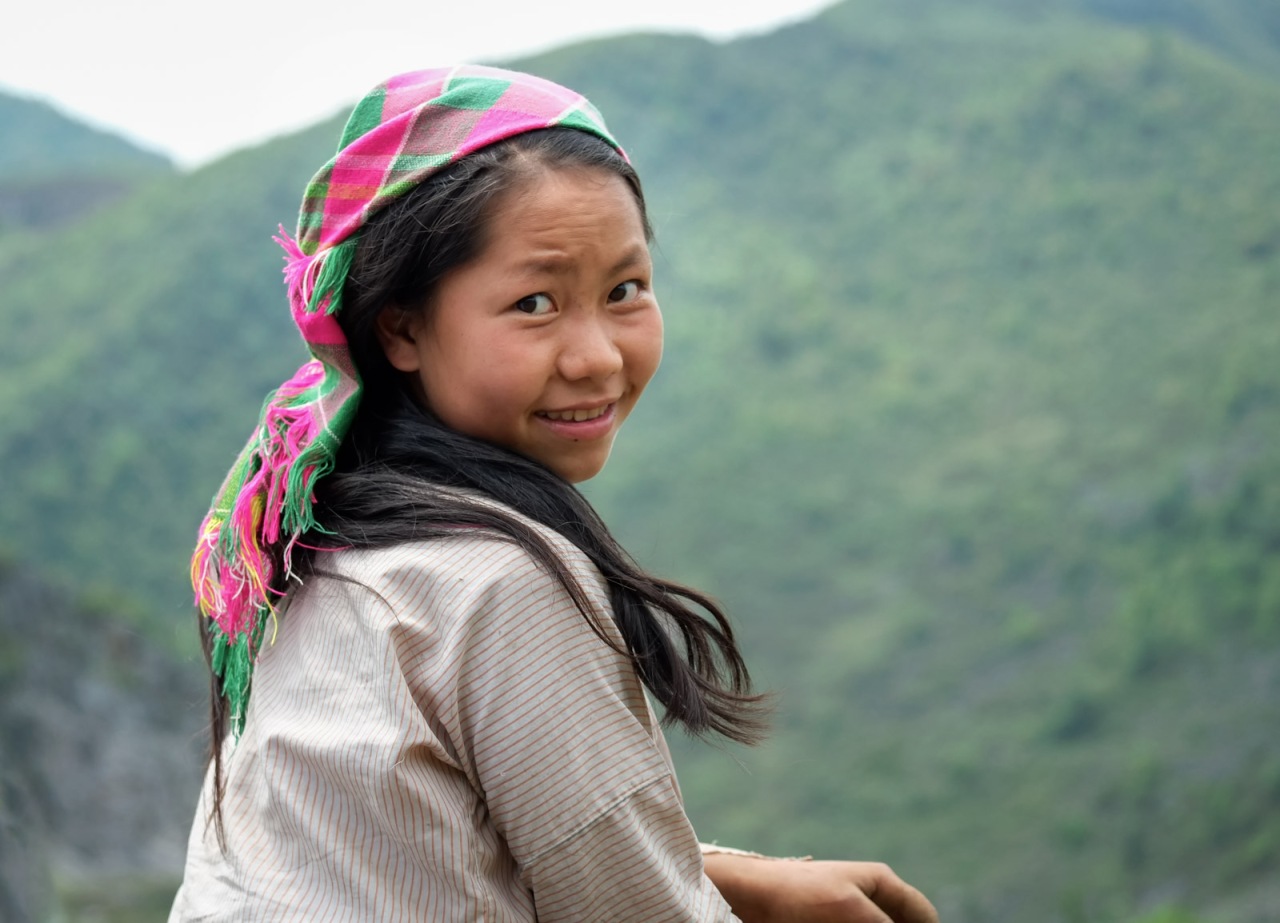 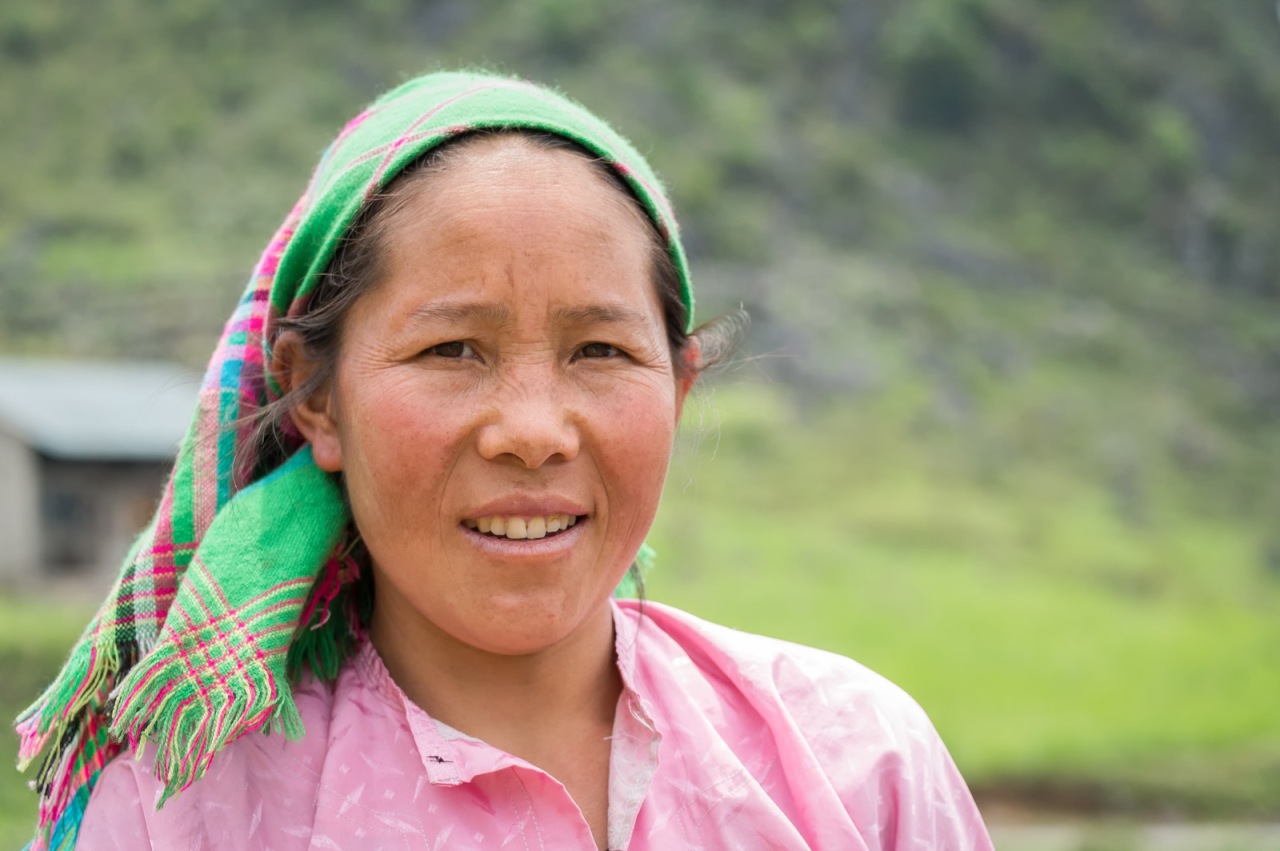 One of them had gold caps on her teeth, something I’d noticed on quite a lot of the Hmong women, and Chô said it was done for ‘fashion’ often as they come into maturity, as this girl had had done when she was 16yrs old. 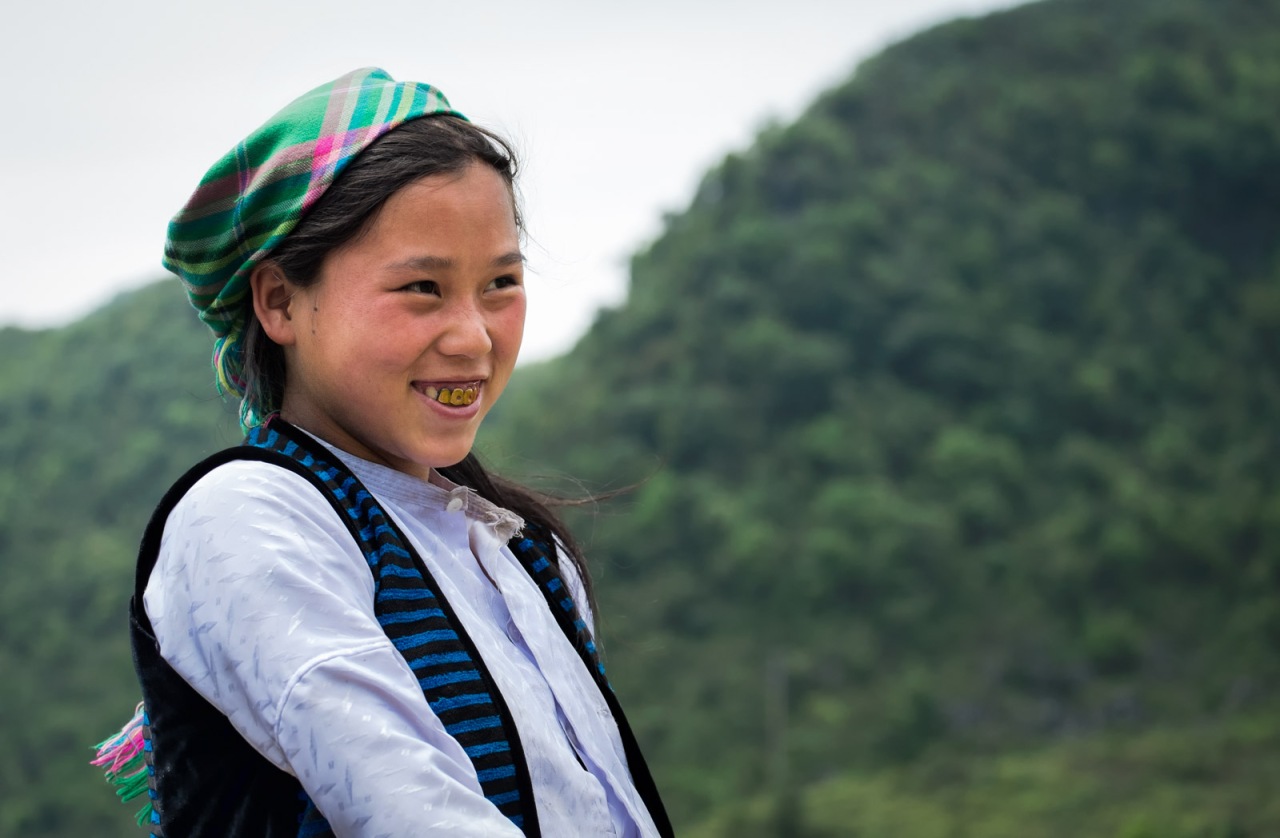 Following advice about what was needed by the people living up there, I’d also bought some blankets from the town, which we’d donated as we’d travelled around the Province, but being a lot less hardy than the locals, I’d hung onto one of them to use myself as I was finding the beds so hard. As we were by then moving on from the area, and I would no longer need it, we left it with them and headed off, leaving them to their work. 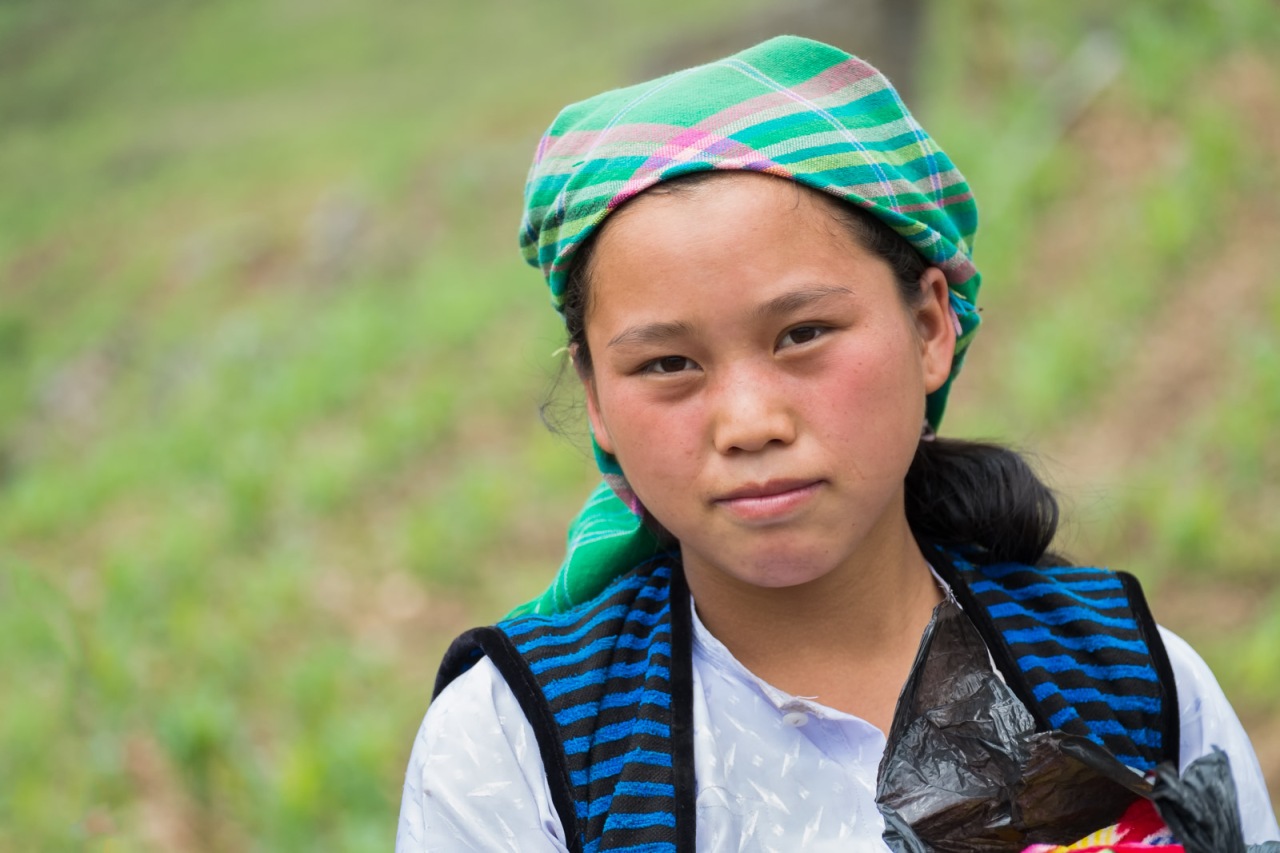 With the echoes of their laughter still ringing in my ears, and images of these strong people working the land fresh in my mind, I started to reflect on the thought that though we mostly have it much easier here in the West, we have traded a sense of community and shared effort and a connection with the land for the convenient ease of our supermarket lives. The poverty and hardship was plain to see, but so too was their happiness and togetherness. 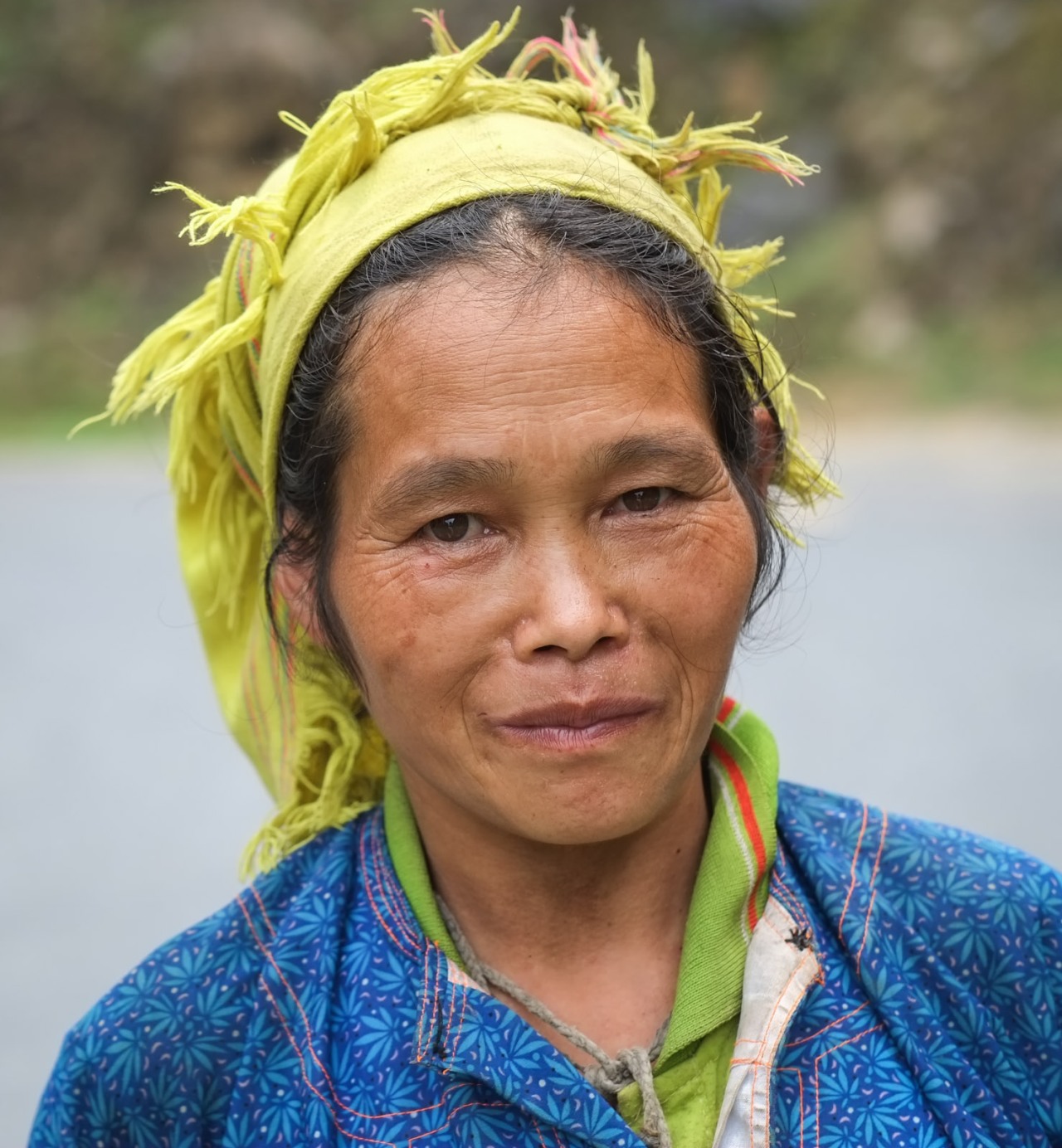 Meo Vac and its contradictions had challenged my perceptions. Just as I’d started off seeing the landscape as stark and austere, and ended up come away with that image softened by the colourful humanity of the characters living there; so too had my initial impressions of the poverty and hardships of the peoples’ lives been tempered by seeing that many of them were experiencing riches on a different scale, long since lost to many of us living our high speed, high tech, cushioned modern lives.

Once again travel, and the images my camera were showing me along the way, serving as a humble reminder to value the simple things that really matters in life. 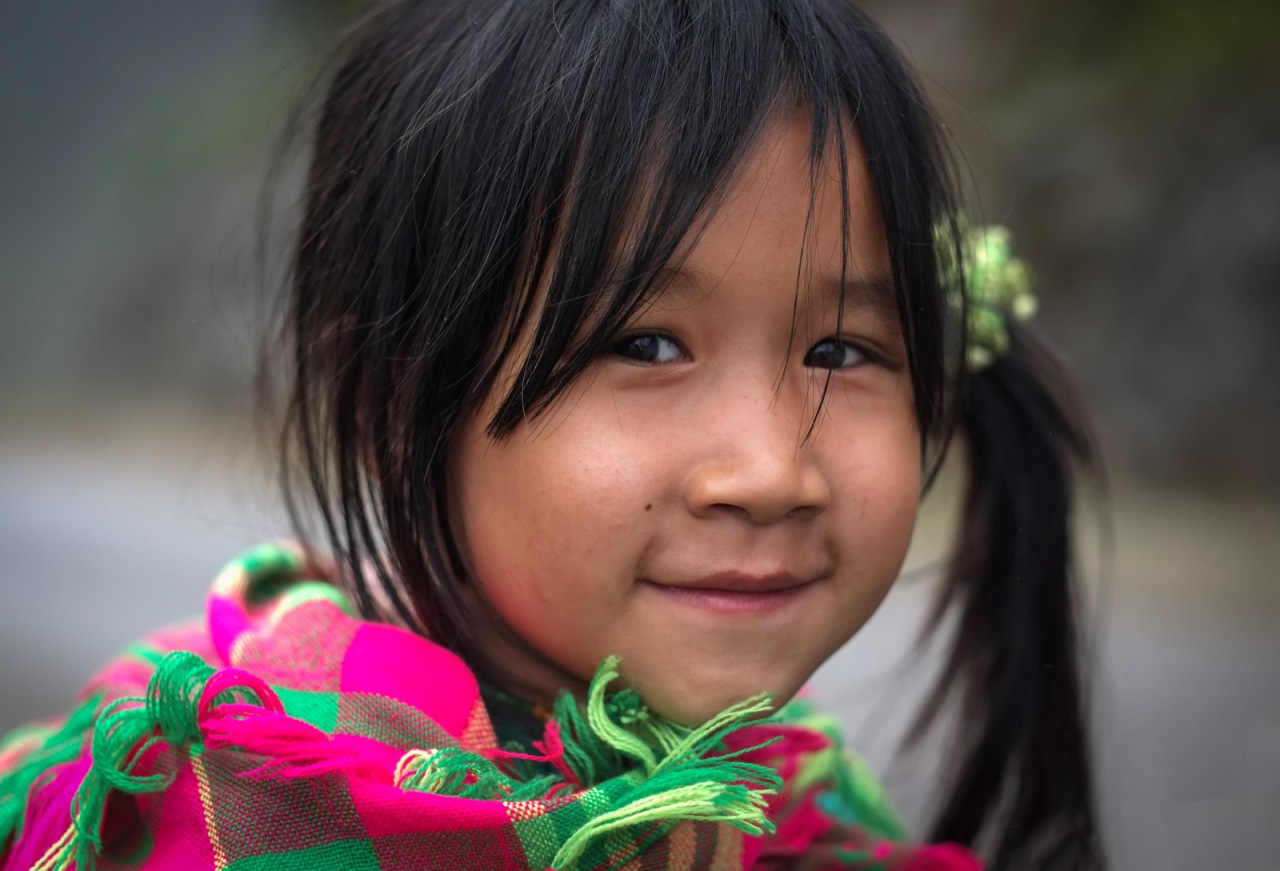